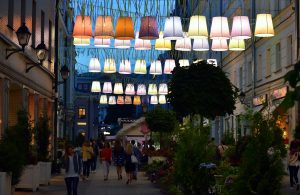 This annual event attracts people full of excitement from all over the world. The most memorable part of this festival are the decorated streets. Each street has their own theme and competes against each other to be the best decorated. Themes can be anything imaginable, from Under the Sea to dinosaurs to King Kong. This year, the festival will take place from August 15th – August 21st. 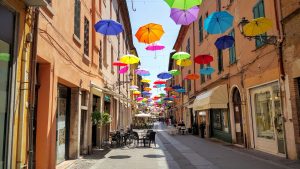 The first event to start the week is Matí de Festa Major on Wednesday, August 15th at 1pm at Plaça de la Vila de Gràcia. This is the very famous opening parade that is full of traditions such as gegants (giants of Gracia including two sun and moon giants called ‘la Gresca i el Torradet’), caps grossos (people with big heads), dracs (dragons), castellers (human tower groups), bastoners (dancers with sticks) and many more. There are more events that take place during the week, such as correfoc. This is when people dress as devils’ parade around the streets holding sticks with fireworks and paper-mâché dragons. Then, what makes the event more spectacular, is when sparklers are held in the air and their sparks are thrown all over the devils and crowd.

For kids, there are many events they can take part in, including treasure hunts.

The festival becomes even more magical at night when the decorations illuminate the streets and concerts take place. 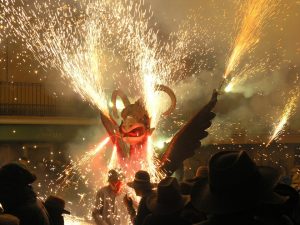 Go to the Festa Major de Gracia website to see specific events and times for this festival!